Side Step Card by Karthikha

Hello crafty friends,
Karthikha here, and I'm here with a fun fold card today - a side step card. And I've used the Mini Slimline Jewel Bloom Die for this card. 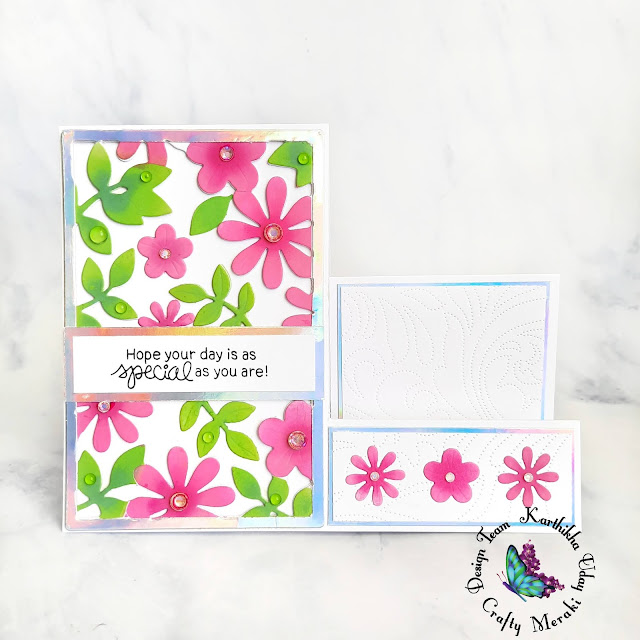 I started by creating the base side step card from white cardstock. I then die-cut the floral die thrice from white cardstock. I blended pink and green distress oxide inks on the top-most layer for the flowers and leaves respectively. I stacked all the die-cuts for a good dimension and adhered them together. I then wanted to highlight the frame, so I die-cut again from holographic cardstock, but trimmed out the inner flowers and leaves, leaving just a frame. 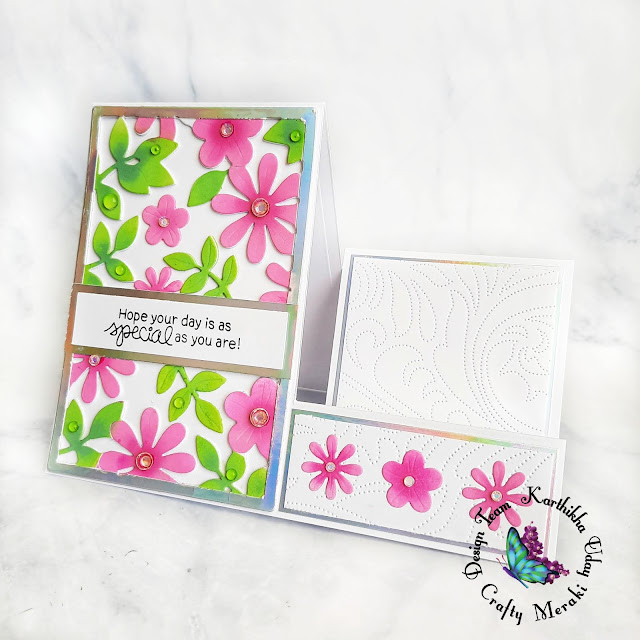 I found the size of the base panel to be smaller than the mini slimline die-cut, so I've trimmed a little from the middle of the stacked die-cuts. To hide it, I added the sentiment strip, again matted with holographic cardstock. The sentiment is from Newton's Nook Designs - Dainty Daisies stamp set. I also filled in the frame with layered flowers and leaves, to give the look of a cover die and not a frame die. 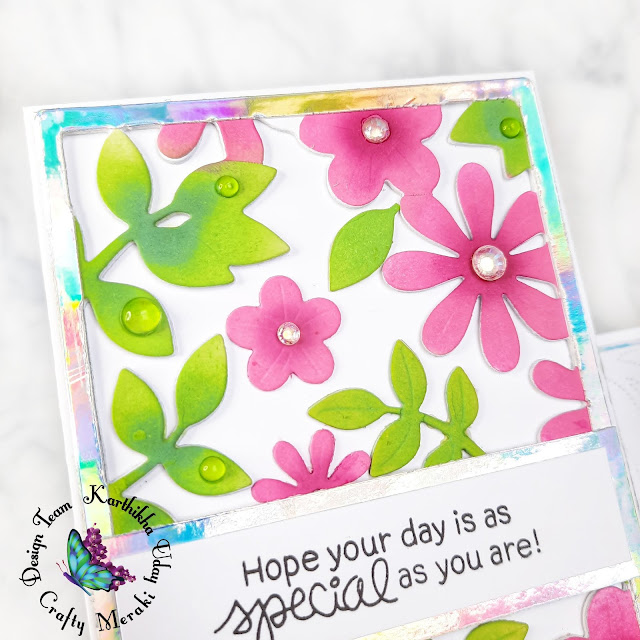 For the side panels, I've used a mat of holographic cardstock, followed by a die-cut using Altenew Debossed Swirls die. I also added 3 small flowers to one of the side panels. To finish, I've added some jewels and clear droplets on the flowers and leaves. I love how they add great interest to the card. 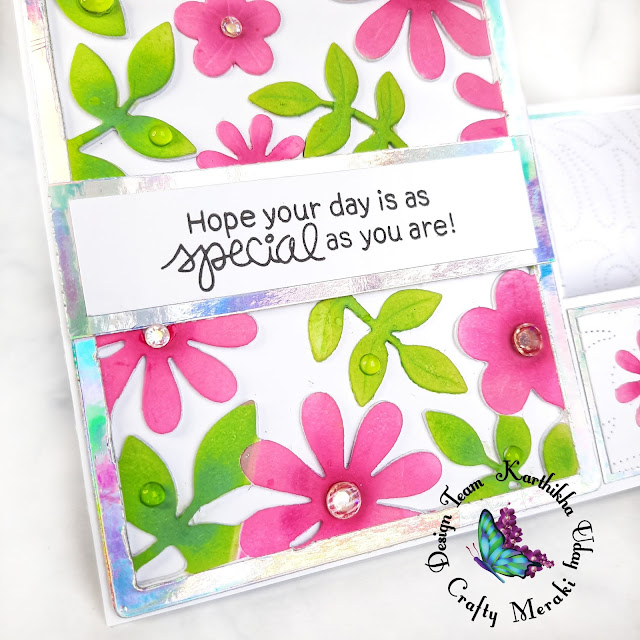 Thank you for stopping by, hope you like my card! Do let me know your feedback! Have a nice day :)